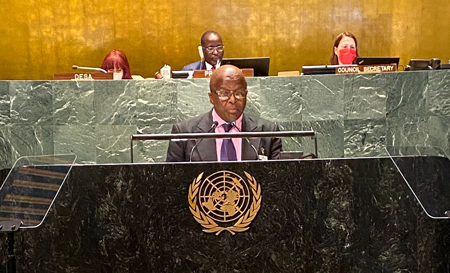 "We will not be able to achieve our noble objectives without peace in the world. Nelson Mandela would have urged the international community during this period to invest more in diplomacy, mediation, and peaceful resolution of all conflicts. He would have abhorred any attempts to prolong instead of stopping conflicts. It is disheartening to note that, as the UN Secretary-General has reminded us, the world today faces more violent conflicts than at any period in the past seven decades, and two billion people live in conflict-ridden areas," said Mr Mondli Gungunbele addressing the UN General Assembly on Nelson Mandela International Day.

Remarks By Mr Mondli Gungubele, Minister in the Presidency of the Republic of South Africa at the Annual Observance of the Nelson Mandela International Day

It is a matter of great privilege for me to address this august gathering on behalf of the Government of the Republic of South Africa and His Excellency President Cyril Ramaphosa, to mark the Nelson Mandela International Day in honour of the lifelong work of our late beloved global icon and first President of our democratic republic, Nelson Rolihlahla Nelson Mandela, who was also born on this historic day. The South African government shall never take for granted the landmark decision of the United Nations taken in November 2009 to officially declare the 18th of July as Mandela Day.

Mr President,
The chosen theme for this year’s Mandela Day, as issued by the Nelson Mandela Foundation, is creating awareness of the intersections between food security and climate change. Crucially, the selected tagline for this year’s edition is “Do what you can, with what you have, where you are’.

The lifelong work of Nelson Mandela in service of just causes for the benefit of humanity is a testament that everyone can play their role for the greater good with what they have in their respective societies and communities. Nelson Mandela dedicated 67 years of the best years of his life to the service of others albeit in very difficult conditions, including 27 years of imprisonment. The unprecedented global challenges currently confronting humanity and the planet we share, require that the international community acts in harmony through solidarity and common purpose.

As we grapple with peace and security challenges, human rights atrocities, climate disaster, COVID-19 recovery, addressing food security and hunger, bridging the economic and gender inequality as well as combating the stubborn demon of racial intolerance and discrimination, we can derive courage from the power of example displayed by our beloved Madiba that we can make the impossible to be possible, even though the odds may seem stacked against us.

Mr President,
The kiSwahili proverb teaches us that “A boat doesn't go forward if each one is rowing their own way”. This year marks 8 years before 2030 which is our agreed target for achieving the 17 Sustainable Development Goals (SDGs), As we seek to restore the momentum disrupted by the outbreak of COVID-19, it goes without saying that if we row in different directions we would only move around in circles and not reach our intended destination on time.

To assess the weight of the herculean task before us, regarding the implementation of SDGs, I wish to isolate those SDGs that talk to the theme of this year’s Mandela Day namely, Goal 2: On ending hunger, achieving food security, and improved nutrition and promote sustainable agriculture and Goal 13: On taking urgent action to combat climate change and its impacts.

On Goal 2 the number of people going hungry is on the rise, a situation exacerbated by skyrocketing food prices, even for the most basic of goods such as sugar, vegetable oils, dairy products, wheat, and cereals. The by-product of this crisis has been outbreaks of civil unrest, conflict over scarce resources, and widespread malnutrition among children. Let us use our collective wisdom as the international community to address, objectively, these food security challenges. We note the efforts of the United Nations in this regard.

On Goal 13, the consequences of the climate disaster are no longer in the confines of scientific academic journals but are now a lived reality. The extreme weather conditions characterized by rising sea levels, increased heat waves, droughts, and floods caused by climate change are devastating our planet and impact on livelihoods of people all over the world, particularly the poor.

For the sake of future generations, we urgently need to adhere to our agreed international commitments to guarantee food security as well as ensure that we limit global warming to 1.5°C. This, we can achieve if we all row in the same direction as the wisdom in the kiSwahili proverb urges us to do if we want meaningful results.

We will not be able to achieve our noble objectives without peace in the world. Nelson Mandela would have urged the international community during this period to invest more in diplomacy, mediation, and peaceful resolution of all conflicts. He would have abhorred any attempts to prolong instead of stopping conflicts. It is disheartening to note that, as the UN Secretary-General has reminded us, the world today faces more violent conflicts than at any period in the past seven decades, and two billion people live in conflict-ridden areas.

Mr President,
As I conclude, I wish to remind this august gathering that Nelson Mandela’s life was synonymous with painful struggle but he never relented in the face of adversity. Rather, he understood that making the world a better place than you had found it, was a very noble and gratifying endeavor. Most importantly, Nelson Mandela accepted that committing yourself to struggle was a lifelong obligation when he said, “After climbing a great hill, one only finds that there are many more hills to climb”.

I thank you for your attention 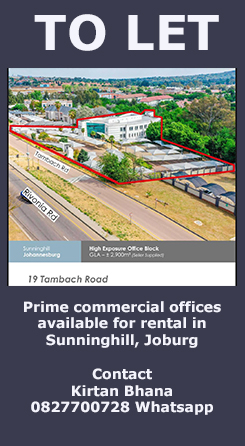