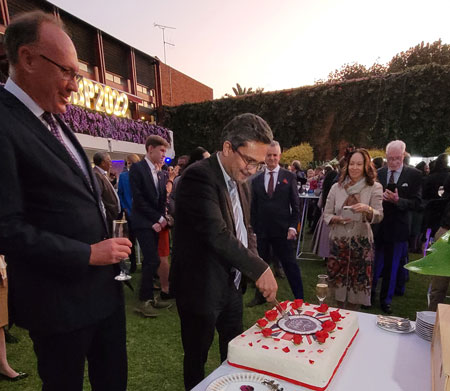 A haze of purple created a royal ambience at the official residence of the British High Commissioner in the Jacaranda City on 9 June. Antony Phillipson hosted guests to celebrate Her Majesty Queen Elizabeth II’s birthday and her Platinum Jubilee, 70 years on the throne. The celebrations were a tribute to Elizabeth II, the epitome of a glorious matriarch and an inspiration of leadership to kith, kin and country.

Elizabeth II visited South Africa three times said Phillipson. Her last visit was in 1999 for the 16th Commonwealth Heads of Government meeting in Durban. In 1995, the first democratically elected president of South Africa, an icon of freedom, Nelson Mandela, hosted the Queen and Duke of Edinburgh after the first free elections in South Africa in 1994. The Queen celebrated her milestone 21st birthday in 1947 when she broadcast a speech from Cape Town in which she dedicated her life to the service of the people of the Commonwealth, a pledge that she has reiterated on many an occasion.

Invoking the bravery and courage of the South African youth of June 1976, and the commemoration of Youth Month, Phillipson said that throughout Her reign Queen Elizabeth II has been a staunch advocate for young people across the Commonwealth. Her Points of Light initiative recognised volunteers from across the Commonwealth that have made an outstanding contribution to their communities. 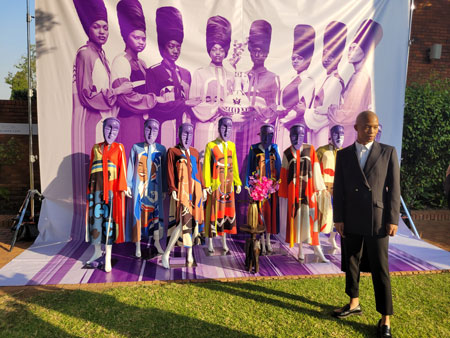 In keeping with this recognition, the High Commission hosted young South Africans to showcase their talent. Contemporary fashion designer Thebe Magugu displayed his dresses depicting the tribes of South Africa. Thebe won the International Fashion Showcase in 2019 with the British Fashion Council and he has been invited to show his designs at the V&A’s Africa Fashion exhibition in July. The beautiful rendition of the national anthems was delivered by music group Africa Soul. Their unique reworking of soul and blues songs as well as African harmonies enthralled guests. 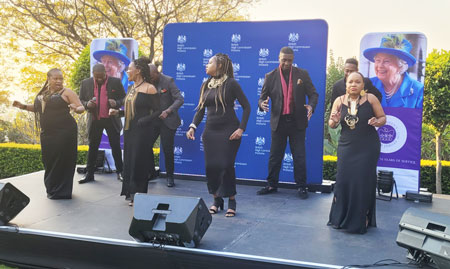 Tiara, a flagship Bordeaux-style wine from the Simonsig vineyard of Stellenbosch specially blended for this occasion was presented by Denzel Swarts to Phillipson. Swarts grew up on Simonsig Wine Estate and is a certified sommelier.

The world has undergone an astounding transformation during the 70 years that Queen Elizabeth II ascended to the throne. Her status and life as monarch has been under constant scrutiny. At the age of 96, Her Royal Highness still has a steadfast hand on her reign. Will whoever succeed her have the same resilience and resolve, or will this be an end of an era?