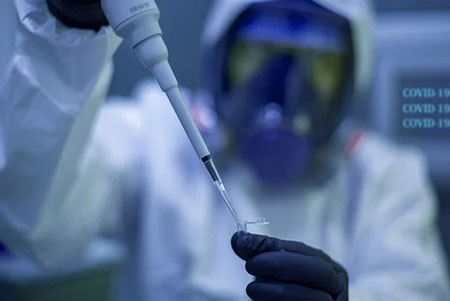 He made the remarks during a media briefing on Wednesday, where he was giving an update on ongoing work within the science and innovation sector, as coordinated through the Department of Science and Innovation.

WHO is seeking to expand the capacity of low and middle-income countries (LMICs) to produce COVID-19 vaccines and scale up manufacturing to increase global access to the critical tools to bring the pandemic under control.

During his visit to South Africa last month, French President Emmanuel Macron announced that France will support South Africa and Africa with regards to the local manufacturing of COVID-19 vaccines, through the establishment of the mRNA Technology Transfer Hub.

In response to the increasing spread of COVID-19 around the world, the Network for Genomic Surveillance in South Africa (NGS-SA) has been monitoring and sequencing confirmed COVID-19 cases in the country.

Nzimande said on 25 June 2021, NGS-SA confirmed from the latest representative community sampling up to 17 June 2021 that the Delta variant increased significantly in the province of KwaZulu-Natal, and is now the most common variant detected in the province.

“This demonstrates a striking increase across the province and suggests that the Delta variant is rapidly displacing the Beta variant (501Y.V2/B.1.351), that had been dominant since the onset of the second wave,” Nzimande warned.

The first detection of the Delta variant in South Africa was from a sample collected on 24 April 2021, and had, as per reporting at the time, been detected in Gauteng, Free State, KwaZulu-Natal and the Western Cape.

Although initial sequences were from cases with recent travel history, there is now clear evidence of community transmission of the Delta variant in South Africa.

He acknowledged (KRISP), the National Health Laboratory Service (NHLS), and the University of Cape Town (UCT) who sequenced the recently confirmed cases of the Delta variant in South Africa.

He also expressed his gratitude to the NGS-SA - a consortium of scientists funded by the Department of Science and Innovation and the South Africa Medical Research Council (SAMRC).

The Minister further reiterated his call for the observance of all the health and safety protocols.