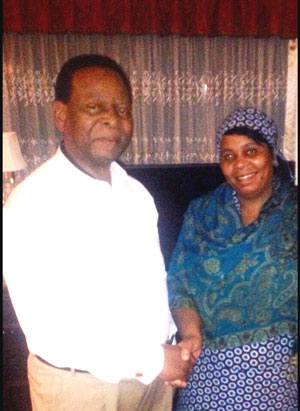 The South African Royal Princess Network will dedicate their hike against GBV scheduled to take place in various parts of South Africa on 20 March 2021 on human rights weekend to honour His Majesty the late King Zwelithini Zulu of the Zulu Kingdom who advocated strongly against GBV. They will also wear black to mourn the passing of His Majesty and observe a moment of silence prior to commencing their hike.

The hike is one of the campaigns the Princesses have embarked on to create awareness of GBV and to empower women through donation of groceries to GBV victims and women led families in need as well as through planned workshops and seminars on GBV. 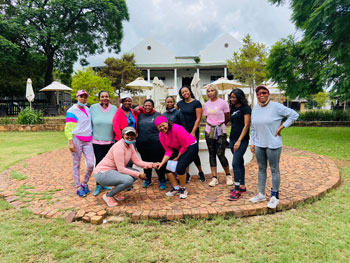 The Princesses are also working with experts in the field, notably Prof. Mzikazi Nduna of Wits University, who will provide guidance to GBV victims.

His Majesty, the late King Zwelithini Zulu advocated against any form of abuse against women and was vocal about it. He used the Zulu Reed Dance in 2020 to create awareness about GBV and spoke strongly against it. During umkhosi weLembe ceremony in September 2020, he stated that women have long been experiencing the scourge of GBV and that the lockdown made the situation worse. In December 2020, he signed a pledge against Gender-Based Violence, child abuse and human trafficking as the country observed 16 Days of Activism. South Africa has been and still is experiencing a rise in the number of reported cases on GBV which escalated during lockdown. It is an ongoing struggle. His Majesty, King Zulu took a stand in this regard and dedicated and committed himself in the fight against GBV. A world where women and children felt safe, a country free of GBV, a country where human rights are respected as GBV is a violation of human rights was his dream. The South African Royal Princesses Network will thus continue with this legacy advocating for the end to GBV.

His Majesty King Zulu was also a visionary, unifier and cultural activist who made an instrumental contribution to the institution of traditional leadership, rural and cultural development. A resilient leader who remained true to his principles, convictions and values until the end was the descendant of the great Zulu Kings who resisted colonialism. He revived Zulu culture championing cultural diplomacy making it one of the most well known cultures in the world, this also by reviving and preserving old age cultural activities in various parts of KwaZulu Natal notably the Zulu Reed Dance (Umkhosi womhlanga) amongst others.

These events saw various people from diverse walks of life converging to various places in the Zulu Kingdom to share and experience the Zulu culture, history and heritage. A true patriot whose vision and mission inspired many even beyond his borders making his mark following in the footsteps of his legendary ancestors. A source of inspiration, a consistent and focused leader who contributed immensely to the strengthening of the institution of traditional leadership and to South Africa’s cultural heritage leaves a huge legacy. He remains a source of inspiration to many including the South African Royal Princesses Network.