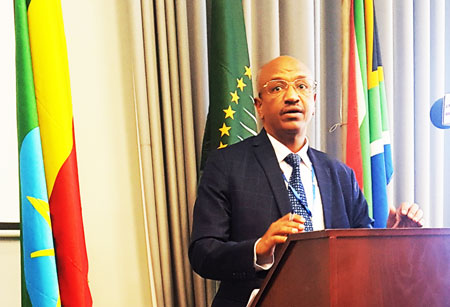 Dr Shiferaw Teklemariam, Ambassador of Ethiopia to South Africa at a media briefing

At the media briefing hosted by the Ethiopian Embassy in Pretoria, South Africa, HE Ambassador Dr Shiferaw Teklemariam expressed the need for Africa to harness its own capabilities and develop a narrative of Africa - for Africa - by Africans. A united continent can solve anything and can be a leader in development without outside intervention, said Dr Teklemariam.

Referring to the victory of the battle of Adwa which is commemorated on March 2nd every year, it signifies a turning point in colonial era propagated history. Ethiopian patriots decisively defeated the Italian army who sought to impose their authority on Ethiopia’s international relations. This profound event stopped the colonisation and subjugation of Ethiopians. Records and monuments of its deep and ancient civilization and independence remains preserved through its written languages, culture and traditions.

In 2018, the 42-year-old Dr Abiy Ahmed, in a peaceful and colourful power transition, became Chair of the Ethiopian People’s Revolutionary Democratic Front (EPRDF) and established a new all-inclusive party called the Prosperity Party in December 2019. He replaced the former Chair of EPRDF and Prime Minister Hailemariam Desalegn who acceded to the position after the former Prime Minister Meles Zenwi died in 2012. Meles Zenawi was the founder and chair of the Tigray People’s Liberation Front (TPLF) who have chosen not to be part of the new Prosperity Party.

Ambassador Dr Shiferaw Teklemariam pointed out that the Ethiopian Federation is made up of ten Regional States including the recently formed Sidama regional state. Tigray is one of the Regional States in the Northern most part of the country in a region that has borders with Eritrea and Sudan. The province is home to the former TPLF party which dominated Ethiopian politics and the economy for the past 27 years. The recent contestations, violence and disturbances that broke out in the province recently were due to the TPLF undermining the legitimacy of the authority of the Federal Government under the leadership of Prime Minister Dr Abiy Ahmed. Elections in the country that were to be held in 2020 have been postponed due to the Covid-19 global pandemic and are set to be held in June 2021 according to the National Electoral Board of Ethiopia.

The Ethiopian Federal government is currently engaged in rebuilding damaged infrastructure and providing humanitarian aid and services to affected people of the Tigray province as the security services maintaining law and order, and bring perpetrators of the damage and destruction to justice, said Ambassador Dr Shiferaw Teklemariam at the briefing. 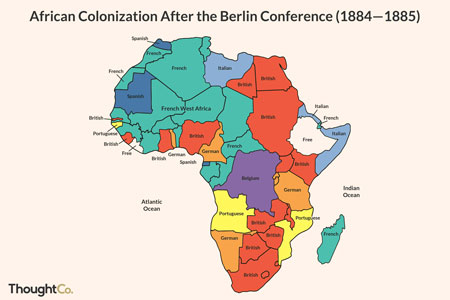 He reiterated the need for a balanced, realistic perspective on the situation in this Regional State out of the ten Regional States of Ethiopia. He said an African media view point, free from the influence of lobby groups who want to control the narrative for their own selfish needs, is a priority for Africans to realise peace and prosperity.

We have to free ourselves from perpetuating the colonial legacy that has divided Africans, explained Ambassador Dr Shiferaw Teklemariam. He continued with the reference and significance of the profound victory of the battle of Adwa and invoked the age-old belief ‘Pan-Africanism and unity amongst Africans’. He described the Berlin Conference of 1884 as a naïve miscalculation of western colonial society which undermined African humanity and went on to create divisions of people, dismissing the value, skills and indigenous knowledge of the native inhabitants.

The completion of the construction and filling of the Great Ethiopian Renaissance Dam (GERD) on the Blue Nile in the Benishangul-Gumuz region in the western part of Ethiopia has been met with concern by the nations of Sudan and Egypt. Discussions, negotiations and diplomacy between these nations, that share a heritage that stretches back several millennia to an age of highly evolved ancient African civilizations, are ongoing. Ambassador Dr Shiferaw Teklemariam expressed gratitude towards South African president H.E. Cyril Ramaphosa for his successful mediation efforts between the countries and addressing the continental concerns during the South African chairmanship of the African Union.

GERD is a hydro-electric power generating project that once it reaches full capacity, it will be able to generate over five gigawatts of electrical power, the largest power generator on the African continent. The benefit of the project will reach beyond the 100 million Ethiopians and aims to become a resource for the region that will spur the integration of the African people as the vestiges of colonial legacy disintegrates.

Ambassador Dr Shiferaw Teklemariam called for unity among Africans to support Africa’s plan for Agenda 2063 in his statement to members of the media. He extended an invitation to all to join a webinar commemorating the 125th victory of Adwa on Saturday 27th February 2021 from 14:00 to 17:00, SAST on the link https://bit.ly/2Nlxv2m) or the embassy’s Facebook page at https://www.facebook.com/EthiopiainSA/