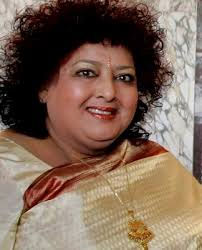 Ms Devikarani Priscilla Sewpal Jana passed away on Saturday, 10 October 2020, at the age of 76.

Ms Jana was an outstanding and fearless human rights lawyer who devoted her practice to fighting the apartheid regime, defending a broad range of struggle leaders and asserting the rights of marginalised South Africans, said President Cyril Ramaphosa.

President Ramaphosa has extended his condolences to the family, friends and comrades of Ms Jana as well as to the leadership and staff of the South African Human Rights Commission.

Ms Jana was a former Member of Parliament and South African Ambassador to the Netherlands and Ireland.

The President said: “Our nation and our legal fraternity has lost a champion of the struggle we waged for justice, freedom and democracy.

“Priscilla Jana was at the side of Solomon Mahlangu, Nelson Mandela, Walter Sisulu, Archbishop Desmond Tutu and many other leaders as they waged their fight for freedom on our streets and in the courts of the unjust apartheid legal system.

“She helped to focus global attention on apartheid South Africa and went on to fly the flag of a free and democratic South Africa by representing our country in the Netherlands and Ireland.

“We will always be indebted to Priscilla Jana for her contribution to our freedom and for her championing of equality and of the causes of vulnerable South Africans in our democratic dispensation.

“May her soul rest in peace at the end of the extraordinary life she has led in service to our nation.”