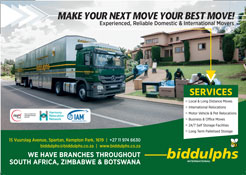 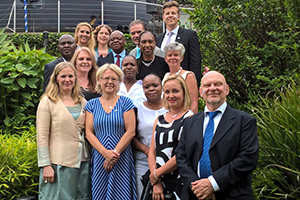 Speech by Ambassador of Finland, Kari Alanko, at the reception of 6th December 2017 at the Finnish residence in Preoria, South Africa

First, I would like to thank you all for coming to celebrate Finland’s one 100th birthday with us. The theme of celebrating our big year is “Together”. So, let’s make this a memorable and happy party, in spite of the weather.

Now, you can all draw a sigh of relief. I’m not going to go through the history of our country.  Instead, I’d like to share with you a couple of thoughts based on our experience as a nation, and on our international policies, and on our relations with South Africa.

One hundred years ago we were a very poor country. Now, Finland is among the top nations in the world measured by many indicators. Recently, The Telegraph found 18 reasons why Finland is the best country on Earth. Please note that this is a British newspaper writing, not a Finnish one.

18 reasons perhaps sounds like a lot, but in fact there are many more. I will give you just a few examples, all of them based on international assessments and statistics: (1) Finland is the most stable country on earth. (2) We are the safest country in the world, and we have the least amount of organized crime among nations. (3) We are the third least corrupt country in the world; (4) We are number two in terms of social development; (5) We are the second best country in the world for children and mothers; (6) Our primary education system is the best in the world. (7) We are number three in terms of equality. And the list goes on.  The point I’m trying to make is that we have made a lot of progress during our journey of one hundred years as a nation.

The journey has not always been easy. We also know that there is no reason for complacency, because past success does not guarantee a success in the future. We know that we need to continue working hard to meet the challenges of the future, so that we can maintain our Nordic welfare state, while at the same time maintaining our competiveness in the world.

As a small nation, and as an open economy, one of our policy objectives is to contribute to a rules-based, peaceful and just world. We continue to support and work with African countries through our bilateral relations, as an EU Member State, as one of the Nordic countries, and through the multilateral system.

Traditionally, our relations with many African countries have been based on development co-operation, but increasingly, we try to diversify those relations, by promoting economic and commercial co-operation, as well as co-operation between institutions.

I would like to conclude by a few comments on our relations with South Africa.  Finland played a role in supporting the change process in South Africa before the country moved into a democratic model of governance in 1994. That gives a good foundation for our relations. We hope that we can play a small part in helping South Africa to develop the well-being of its people. South Africa is the powerhouse of Africa, given the size of its economy, and therefore the development of South Africa matters a great deal not only to the people of South Africa, but to the whole continent, and especially to Southern Africa.

There are a number of Finns living permanently in South Africa, many of them present here, and I know that they also wish for a bright future for South Africa.

Thank you for listening. I would now like to propose a toast to all of us, together, and to the good relations between Finland and South Africa for the next 100 years.